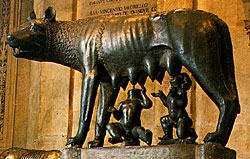 It is still difficult to comprehend that the Romans were able to create an empire as vast and as powerful as they did.  Lasting several centuries and covering Europe, Asia Minor and Northern Africa and even overtaking their historical enemies the Greeks, their empire was of a magnitude that has been unsurpassed, but often dreamed.

Their coins are a reflection of this history, each coin is like a tiny window through which we may glimpse many facets of the cultures that produced them.  Each tells a story of what was happening in the Roman world when it was struck. All we have to do is read what is on it, look at the images, and that story comes back to life after almost 2000 years.

The Beginners Kit is a great gift idea for someone that loves to learn about history.  Each kit includes uncleaned roman coins from all over Europe that could be up to 2000 years old.

This kit includes everything that you need to get started.  Below is a list of items included in the kit.

VII Wooden box for storage of all your coin cleaning tools

*Cull coins are great for perfecting your cleaning techniques.

If you would prefer to fill out out an order form instead of using paypal, click on the order form.  The order form will be sent to us and we will email you with a receipt and then we can discuss a method of payment you could choose.